CWFC firemen played a softball game against Cheswold firemen. The final score was 17 to 12 with Cheswold taking the win. The recent games are to prepare for a tournament in Seaford next month that benefits Camp Barnes Burn Camp.

This fire was back in May of this year. The state fire marshals office ruled the fire an arson and made one arrest.

Engine 3 and Rescue 41 handled an automatic fire alarm at the Goodwill. An overcooked hot pocket caused the alarm.

Fence on Fire Spreads to House

While the CWFC scrimmaged the Bowers Fire Company in softball we were dispatched to a fence on fire. Near the end of the call the caller reported that the side of the house was on fire. Rescue 41 and Engine 40 (Bowers) arrived in a little over 2 minutes and extinguished the fire. There was minor damage to the residence. The fire marshals office is investigating the incident. 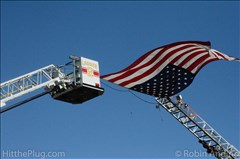 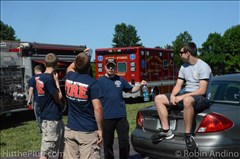 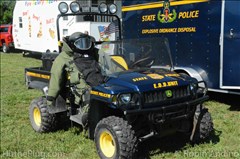