On Monday February 15th 2021, Chief Tom Rigsby, Deputy Chief Jeff Brown, Firefighter Fred Chase and Career Firefighter Frank Fitzgerald were recoqnized for outstanding heroism during a rescue operation for a fellow firefighter that had fallen through the floor of a burning home. The proclamations were read to the general membership at the regular company meeting.

On October 25th Camden Wyoming Fire Company was called to assist Magnolia Fire Co. with an active  structure fire.During fire suppression operations career firefighter Chris Colpo became trapped in the basement after falling through a hole in the flooring near the living room of the structure. After hearing Colpo's call for help, firefighters were activated for a search and rescue mission and were ultimately successful in getting Colpo to safety.

At the completion of the proclamation ceremony Rep. Yearick, Senators Lawson, Paradee and Bonini (not present) presented  President Dave Reed with a monetary donation of $400.00 .

The department is thankful that our elected official have the same compassion for our volunteer and career firefighters as we do for the citizens we serve. 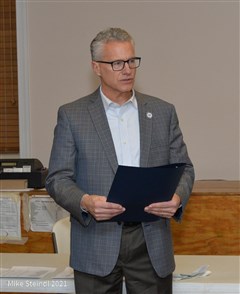 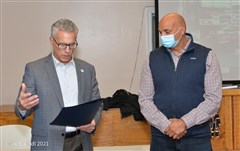 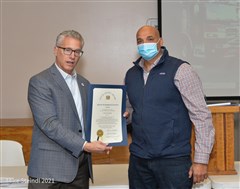 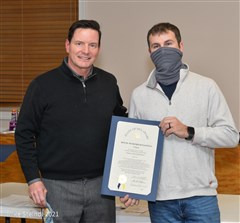 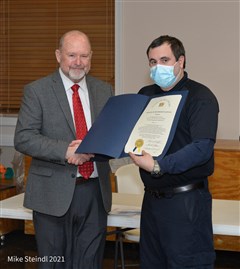 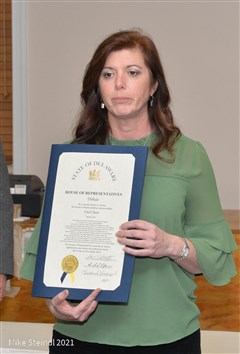 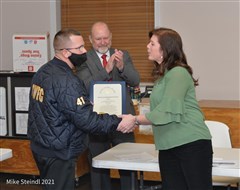 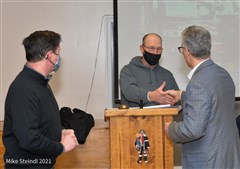